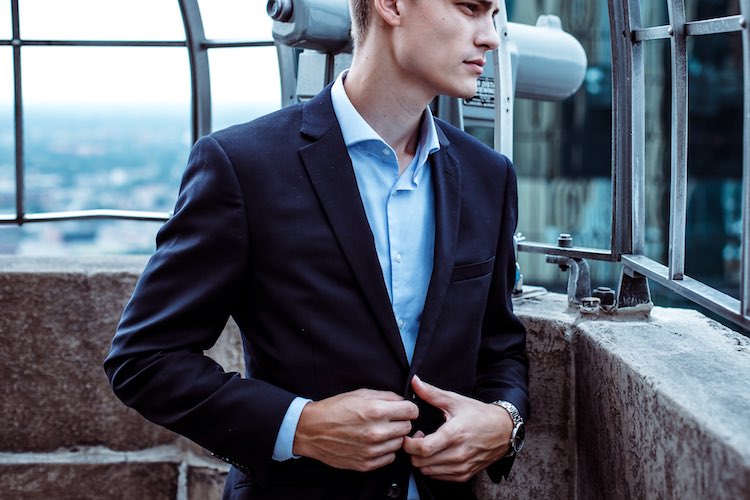 The wearer’s personality can be deduced from the cut and style of the blazer they choose to do. By reading on, you learn more about blazers and the many styles available for guys. Blazers are commonplace in cities and business settings, although their precise connotation sometimes needs to be clarified. There are several styles of men’s designer blazers on the market, so it’s essential to learn more about the history of this classic piece of outerwear. A blazer can take a regular shirt and pants outfit and elevate it to a new level of sophistication and calm. Together, you can decipher the blazer’s significance.

Explain The Meaning Of The Term “Blazer”

Numerous explanations have been advanced for the term’s etymology. The earliest known use of the name “blazer” was about the uniforms worn by the Cambridge University rowing team in the 1820s; so goes the popular notion. On top of their regular attire, they sported red ‘blazes,’ or flannel coats with contrasting white stripes. The name “blazer” was derived from the jacket’s bright red hue and the identifying striped pattern.

There’s more than one explanation for the origin of the word “blazer,” and each one is important. In preparation for the arrival of Queen Victoria of England, the captain of the HMS Blazer had issued a directive that all of the officers don coats and jackets in the royal navy blue hue. In 1837, this occurred. The royal navy quickly adopted these fashionable jackets as a more relaxed and modern alternative to the traditional three- and five-piece outfits.

Blazers have been around for quite some time, and many variations of the blazer have been created. These days, blazers are a closet staple, and there is a wide selection of cuts, fabrics, and colours to choose from.

The term “blazer” is often used to refer to a garment that resembles a suit jacket; however, there are many variations on this theme. The critical distinction is that blazers are often cut more loosely. A wide variety of styles, sizes, and colours are available for blazers. A blazer is a more formal jacket than a typical sport coat. Using a single hue for a blazer’s main fabric is standard practice. Most blazers contain buttons made of brass or another metal to reflect their heritage as the distinctive jackets of the navy and nautical clubs.

The blazer has many distinct variations, but the two most important groups are single- and double-breasted. In men’s blazers, “single-breasted” refers to styles with one, two, or three buttons down the front. Casual but perceptive. Wear them at parties, weddings, or workplace holiday parties.

Men’s double-breasted blazers contain two rows of buttons in the front and are distinguished by the additional fabric used in their construction. These blazers are more formal and should be worn to business meetings, conferences, sales visits, award ceremonies, and other events.

A wide variety of fabrics and materials help construct blazers. The blazer was first made of flannel, but throughout time, other fabrics have been used to reflect shifting tastes, climates, and economic conditions. The various blazer cuts dictate the fabric that one should use. In addition to the traditional royal navy blue and black blazers made of cotton or flannel, there are also blazers available in various colours and materials.

Women’s designer blazers come in a wide variety of materials, from lace and velvet to cotton and leather. In contrast, men’s blazers often include more traditional textiles like flannel, tweed, denim, corduroy, and tartan. The garment’s style influences fabric selection for a blazer and the target demographic. Depending on the event, the appropriate fabric and texture will vary. While blazers made of silk or linen are appropriate for an outdoor conference, they are inappropriate for a mountain retreat.